Where’s the interviews and hype?? They have been sharing articles with the same 3 quotes for weeks. Shame.

anguyen92 wrote:Well, people that questioned the lack of board pics during the recording period may be a bit upset by this tweet. They were actually holding out on us on those pics. 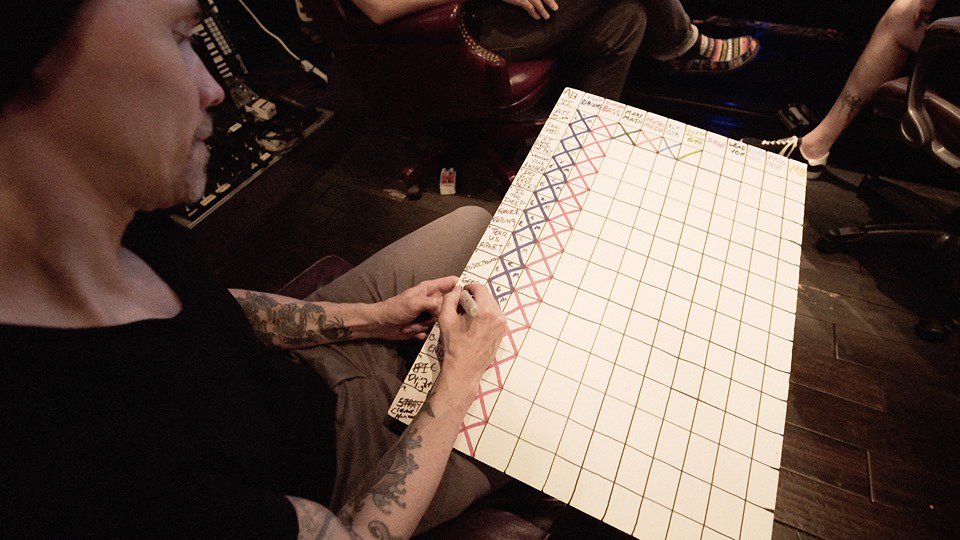 Okay, time to check what I had before

Ubik wrote:Okay all, time for an episode of BOARD ANALYSIS - (WALK THE SKY)

They were deeply stingy with their board tease again this year, but now we have the song titles we can match several! In row order:

That leaves 5 - One Life, Godspeed, Take The Crown, Walking on the Sky and Clear Horizon. Of those, 2 were mentioned as potential live staples (Godspeed and Walking on the Sky). So I'd say, if that top one really is an instrumental and isn't just a photo they took before they'd crossed everything off, it would be between One Life, Take the Crown and Clear Horizon (I don't think they'd name drop an instrumental as a live track over one with vocals). Also skeptical they'd open with one, but they've had success with extended instrumental openers recently so you never know. I'm leaning towards it being a photo taken before they'd completed the board.

So to add to the above, the second row is Godspeed, and the last one is Clear Horizon. Also note that Dying Light has "EPIC" crossed out, and Clear Horizon has what looks like "STORY"? Though less sure on that. Top one is still not clear enough to see, could be Take the Crown? But looks like it starts with an A so may be a working title... Fifth one down looks like it begins with "Do You", ending with a question mark, maybe something like Do You Feel Alive? Which isn't so far off One Life...

Either way, the top one that may or may not be an instrumental looks to be between One Life, Take the Crown and Walking on the Sky. And we know that Walking on the Sky has lyrics, and that One Life has a vocal melody.

Oh well, will all be answered in three months...
And if you fall, at least you tried
As you tremble on the wire...

It says 'stray' not 'story' 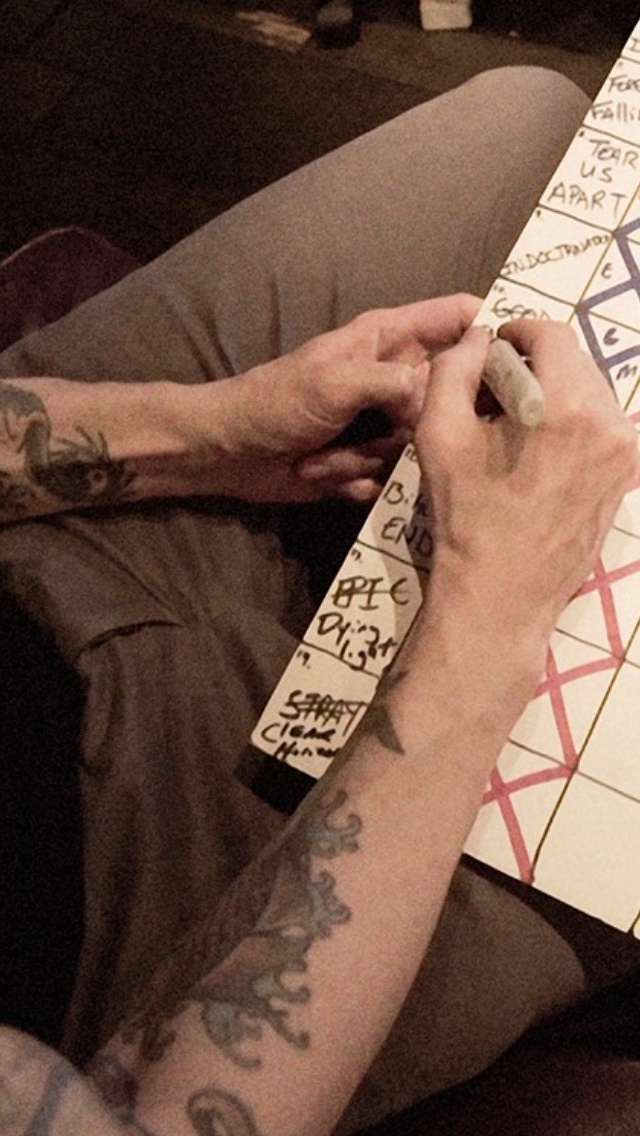 Gah where'd you get such a clear version!? The twitter one's pixelated to hell at that zoom!
And if you fall, at least you tried
As you tremble on the wire...

Gah where'd you get such a clear version!? The twitter one's pixelated to hell at that zoom!

Now he’s gonna ask where the fan page got the hi-resolution version.

WRONG Andy, I'm going to compliment those marvellous slippers, which I can now view in remarkable clarity.

So top line begins "AIC", which as initials go are pretty interesting...

Line 3 is "It Came From the Past"? Which isn't helpful.

I realise this is all pointless given we already know the song titles but we've got nothing else to hype so dammit I'll take it.
And if you fall, at least you tried
As you tremble on the wire...


Literally the opposite, one day Show Me A Sign will work for me ,Other Side is a banger

Show Me a Sign is probably my favorite AB song


Literally the opposite, one day Show Me A Sign will work for me ,Other Side is a banger

Sorry, The Other Side is a boring song. Show Me A Sign over that all day.

New song this Thursday or the next Thursday? I bet it's one of the two.

So I’ve been a fan of the band ever since Tremonti and Phillips split from Creed and announced they weren’t forming Alter Bridge, and, like most of you, have felt each album can pretty much reflect a phase of my life.

Anyways, this is my first time posting on here and I will give some thoughts (and hopes) for the new album.

I’m pretty excited that it is being called the “Yin” to the “Yang” of ABIII, and, based on the song titles, hope it’s similarly a loose concept album. I am disappointed that there are no “epic” long songs (over 7 minutes), and was really hoping “Walking the Sky” would be the epic on the album... basically a slow build ending up into a scorcher of a finish. With that said, I’m hoping “Clear Horizon” leads right into “Walking on the Sky,” almost a “One, Two” punch where both songs can be combined into one. Someone posted lyrics that Brian put up, which are pretty obvious from “Walking on the Sky.” I’m surprised there hasn’t been much discussion on them, but I strongly feel the small glimpse into them are some of the deepest the band have ever written, and hope “Clear Horizon” is about one finally coming to the realization that he or she will only be truly happy with the fate they choose for themselves with “Walking on the Sky” being their reward for choosing to go towards the clear horizon.

Also, I’m getting the feeling that the album will kind of have smooth transitions from song leading to another song (Marks comments about the John Carpenter vibe), as it seems like “One Life” is going to lead right into “Wouldn’t You Rather,” as earlier discussed on this forum.

Anyways, wanted to keep this thread going... as I’m psyched.