A place for all Creed discussion.
177 posts

Some good news for a change. Taken from a recent interview Mark did with Alternative Nation.

Have you spoken to Scott Stapp recently?

We actually just ran into him. Scott Phillips and I were at the Hard Rock hotel for my wife’s birthday, and just by strange coincidence, Stapp was up here during a vacation and was staying at the Hard Rock. We were walking out to the pool and he saw us. We ended up talking for an hour and half. He was clean and sober and doing well. He was happy. His family seemed happy. We’ve had a few texts since then. I think there’s talk about Wind-up Records maybe putting out a box set, so I’m sure we’ll communicate to make sure that turns out well.

EDIT: It's official - 'With Arms Wide Open: A Retrospective' to release November 20th | UPDATE: Preorders have been taken down on Amazon. Will update the thread title with the correct release date when it's announced. | UPDATE #2: Looks to be still coming out. Walmart has the exclusive here: http://www.walmart.com/ip/47760475 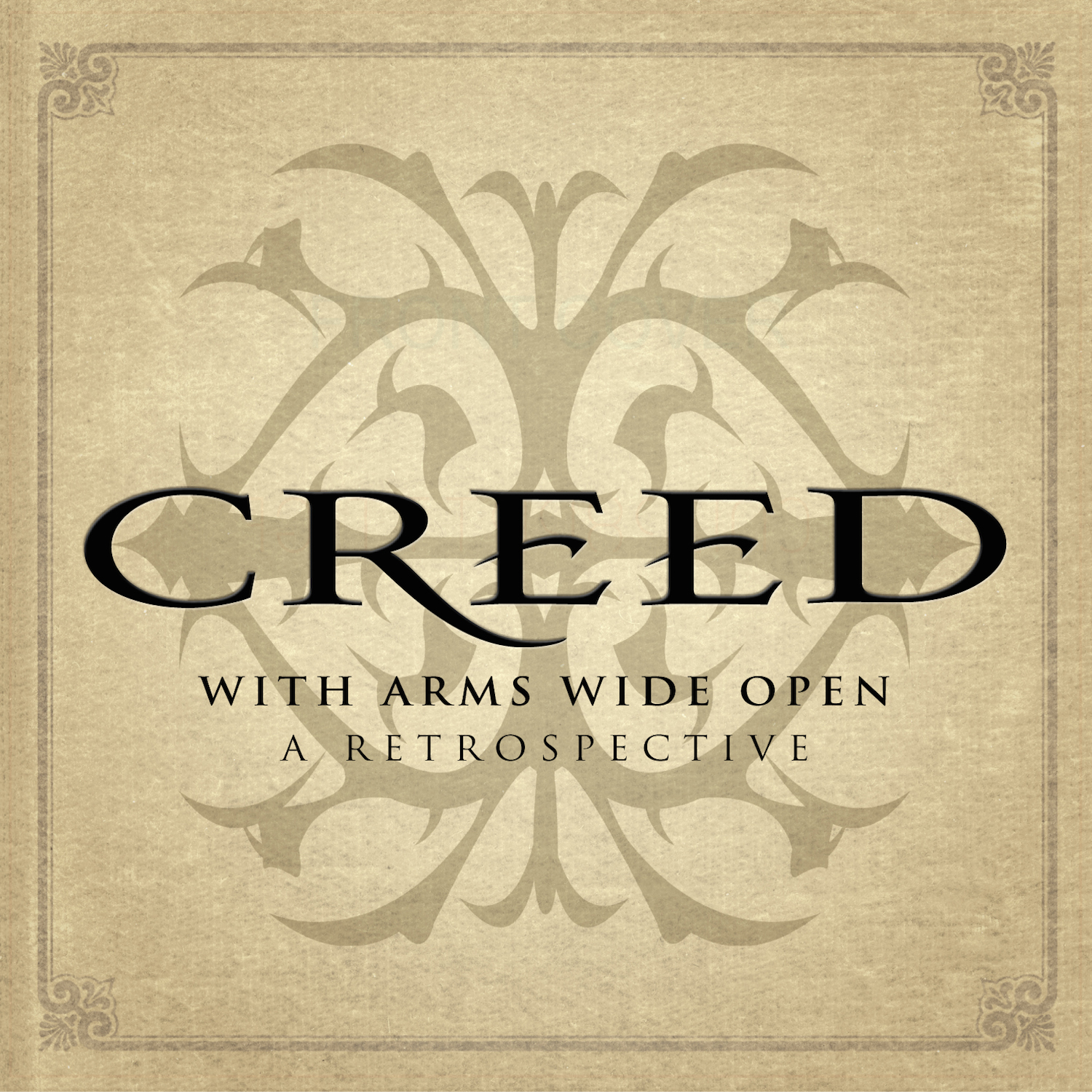 A box set? This excites me, especially since tremonti and stapp are communicating again. Which improves the possibility of new content - whether it be interviews, documentaries, music videos, or even better, new songs. They did say they had around 9 songs ready to go.

But tremonti doesn't have a good history with box sets ha ha. Guess it depends on whose behind this. Hope we get news and a christmas release

We are more likely to get a Tremonti box set first

GazEd wrote:We are more likely to get a Tremonti box set first

That could very well be true. Didn't TTournier say that he's got a good amount of footage of the band, but is just waiting for the right opportunity to showcase it in an outlet or something like that?
My Trip to Orlando and Raleigh to see AB Posts
Part 1. The Backstory and Flight
Part 2. The Album Listening Party experience
Part 3. Walking in Downtown Orlando without purpose, flying to Raleigh, and meeting Myles one on one
Part 4. First Show of the Walk the Sky tour in Raleigh, NC
Part 5. So I'm Coming Home. Back to the Place Where I Belong

Why does he say Wind-up? I thought Bicycle owned creed catalog now

I've heard that some familiar looking guy with a sombrero and a moustache named Jose de los Catullos talked to Wind-Up and offered them to make that box set. I don't really know whom he reminds me.

Mark could have misspoke about the name of the label. You would think that Bicycle would want to produce something like this since Creed is probably one of the only bigger names that they have.

Well it's not really a box set but this was confirmed by Stapp. I changed the thread title as well.

Scott, will you be returning to music?

Scott: This journey I’ve been on over the last year has inspired a lot of writing. I’m going on tour next year, and we’re starting a campaign to raise awareness for mental-health issues based upon a song I wrote. And Creed has a retrospective coming out in November. It’s three CDs, with hits, favorite album picks, acoustic versions of all the hits, live performances, unreleased demos.

Well, I'll keep an eye on it. I don't really care that much about stuff that I've already heard. But the new stuff will have to be extensive if I'm to buy it.

I just hope Wind-Up release new material, like unreleased demo of songs we never heard before (maybe Do It All Over, Grip My Soul, Nothing, etc), and not demos of old songs. They have a lot of material they can release, live and songs. Just do it right, Wind-Up. =)

Yeah.. if it's just demos of the songs we've already heard I'll pass. I didn't even buy the Greatest Hits because of the lack of extras & attention to detail. I guess the one positive is that they're technically not with Wind Up anymore. lol

JaredWard wrote:Well it's not really a box set but this was confirmed by Stapp. I changed the thread title as well.

Scott, will you be returning to music?

Scott: This journey I’ve been on over the last year has inspired a lot of writing. I’m going on tour next year, and we’re starting a campaign to raise awareness for mental-health issues based upon a song I wrote. And Creed has a retrospective coming out in November. It’s three CDs, with hits, favorite album picks, acoustic versions of all the hits, live performances, unreleased demos.

Coming out in November? If that's true, we might have some sort of "official" announcement and details in the next few weeks. It will be interesting to see what ends up being in there if this actually comes together and being released.

JaredWard wrote:Yeah.. if it's just demos of the songs we've already heard I'll pass. I didn't even buy the Greatest Hits because of the lack of extras & attention to detail. I guess the one positive is that they're technically not with Wind Up anymore. lol

Greatest hits was actually decent for what it was in some ways. It had a shit ton of music videos. But I have a feeling that the acoustic versions will just be old recording that were already released with singles.

They just uploaded some old videos today. Could be some kind of announcement soon.

This is great news... even if it's some of the same, I will be buying it. I want them to know there are still plenty of fans ready and willing to spend money with them.

"Whoa, this has wicked dueling guitar solos! It's like squeedly versus meedley over here!" - Strong Bad

Hey guys, new user here. Also a rather inactive member of CreedNation as well. Anywhoo, I've been scouering the net to find info for this box set, and I came up with a fresh Amazon listing: http://www.amazon.com/With-Arms-Wide-Open-Retrospective/dp/B015FWTBK2

The listing still maintains that the set is three discs, but only the tracklisting for the first two has been uploaded. It features all of the usual suspects.


Upon first glance this is a tad disappointing, but we have another disc to wait for. Perhaps they're still compiling the material? The rather odd inclusion of a "live acoustic" version of "To Whom it May Concern" gives me a little faith that they'll perhaps throw in most (or all) of the band's b-sides and soundtrack contributions. Songs like "Young Grow Old", "Bound & Tied", "I'm Eighteen", "Is This the End?", "Silent Teacher", "Riders on the Storm", "Roadhouse Blues" and the studio version of "To Whom it May Concern" all have a chance to appear on the third disc! After all, most (if not all) of these tracks have appeared on some type of Creed release, whether it be the so-called "tour EP" from Austria or the deluxe 2-disc edition of Human Clay that was released in Europe.

The description Amazon offers is slightly more detailed than the overview offered by Stapp in his comment; it mentions "rarities" as well, and these would be it. Not to mention gems like "Do it All Over." It's looking to me like the third disc is where the meat is going to be. After all, the first two discs cover all of the hits and acoustics he was talking about. That leaves a whole other disc solely for rare material, and the ones outlined above only amount to nine tracks (assuming there aren't any rights issues for the Doors covers). Plenty of room left for everything! I suggest we storm the Creed, Stapp, Tremonti, Phillips, Marshall Twitter and Facebook pages if we want these tracks. I know I will be.

WITH ARMS WIDE OPEN: A RETROSPECTIVE

Well, I'm not buying this. And this is coming from a lifelong fan. My first issue is with the fact that it uses the radio edits. Some of these edits are censored, removing cursing.

My second issue is with the song selection or the aspect of it being a retrospective on the first CD. It's basically a radio edit version of the Greatest Hits with a few songs from Full Circle. I just don't know who asked for this. But also the Greatest Hits had most of that material and a DVD of Music videos, a lot material. It seems like a better retrospective than this.

But really, wouldn't the best retrospective have every song? Every album and DVD? I would spend $30 on that.

My third issue is with the third disc. Are these acoustics new? And why no acoustics of less popular songs?

My fourth issue is with the second disc - the one that people will first listen to. It has all of the seperatly released songs/b-sides. BUT

I've only heard of More Than This. Where is Do it all over? Where are the other demos and b-sides which we know exist through interviews with stapp and tremonti over the years? We know there are at least 9. And why demos? could the band not submit ONE completed song?

I'll just get these 3 demos through...other means. Not spending 20 on 3 demos.