All are welcome at our free clinic for those whose faces have been melted. \m/
Post Reply
1185 posts

Came to post this! I'm assuming the snippet we heard was saying "Let That Be Us" based on the tracklist.

Good shout yeh! Not too long to wait either which is good! Wander if we will get a tour run before the end of the year!

I hope so! You know I've just been having a feeling we were going to get the first single this Friday. I know this is unrelated, but this just makes me feel that even more. I mean we've got the album title, then the song preview, now the album art/tracklist/release date. I feel like they almost have to now lol. Ride the wave.
Top

Like the kind that Mark always says he enjoys listening to as well, the black metal/hardcore metal stuff

The tracklist has piqued my interest as always. Lots of interesting song titles where they could be about anything at the moment

But again with those kinds of song titles and that album art, it's giving me ADM 2.0 vibes like its a continuation of that same storyline or at least its another concept record of some kind.

The September 24th release date is great if true! (109 days to go!) Shaves off a whole 2-3 weeks from what I originally anticipated to to be the release window! And with a September release we must be getting the lead single soon! Hopefully by the end of June

Crack open the eyeliner.
And if you fall, at least you tried
As you tremble on the wire...

SHEAKENBAKEN wrote: ↑Mon Jun 07, 2021 10:45 am it's giving me ADM 2.0 vibes like its a continuation of that same storyline or at least its another concept record of some kind.

Honestly, I thought the same thing. It's hard to tell from just song titles, but I got that vibe. Book 2 in the works maybe?
Top

We urgently need someone to photoshop some 80s Glam Metal mullet on Mark's head!

Btw, I think an ADM 2.0 would be pretty neat on a musical level. ADM is easily my favorite album from the AB universe since Fortress.
Top

I really like the titles of Side D. Side D : Bleak / Would You Kill / Marching in Time

The way those song titles look, I hope that they are intense and strong songs that ends the album on a really strong note.
My Trip to Orlando and Raleigh to see AB Posts
Part 1. The Backstory and Flight
Part 2. The Album Listening Party experience
Part 3. Walking in Downtown Orlando without purpose, flying to Raleigh, and meeting Myles one on one
Part 4. First Show of the Walk the Sky tour in Raleigh, NC
Part 5. So I'm Coming Home. Back to the Place Where I Belong
Top

The album artwork and track listing is cool news, but honestly I'm more excited about hopefully getting news soon about his secret project for charity, where he's singing without a guitar with the "original musicians from where this came from."
Top

HELL YES TO THAT ARTWORK!

It's been taken off the Seasons of mist website. Posted too early. Human mistake. But now we know it will be coming soon ! So bring on those pre-order-limited edition-packages at the Tremonti and Napalm-websites. Most anticipated release for me by far this year !
Top

It's time to give this thread a new name

Anyone get any screenshots before the link got taken down?
Top

Here's the artwork, think it might be my favourite cover of Tremonti's solo albums.

Let this be an exercise in how to face your fears
Step into the realm of madness if you dare, my dear
Top

There is a release date ?
Top

Aye, September 24th if I remember correctly.
Let this be an exercise in how to face your fears
Step into the realm of madness if you dare, my dear
Top 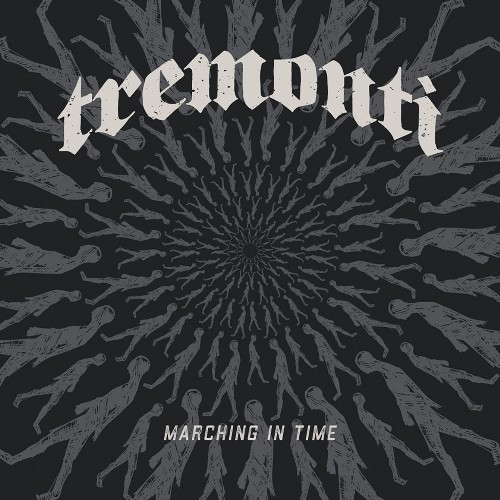 That album cover is really cool even though I like the ADM cover a little more.
Top

This cover gives me serious Gojira vibes for whatever reason! Let it be heavy!
Walking on the sky...
Top

Big time "The Link" era Gojira vibes on the artwork, but this tracklist just screams "Sequel" to me the more I read it over.
ADM is still one of my favorite albums, yet I'm still dying to read the novel... And now there's the possibility of a Part II?!

Even if it's totally unrelated...