Howl is really growing on me. Somehow it sounds like could be an old school John Mayer song. Love Song For No One/No Such Thing type of upbeat pop rock.

I can imagine that fans of the first three Biffy albums completely cringe at the idea of Biffy doing a song like that, but personally I really dig it.

Timotheus wrote:I have absolutely no idea what to think of the new album. All this Death Grips/Deafheaven talk was basically bullshit. Having ten seconds of "black metal" does not make this album Deafheaven influenced. I have no idea where the Death Grips comparison came from, because the entire album is basically completely the opposite of Death Grips.

Anyway, once you get over that it sounds nothing like what they hyped it up to be, it's an okay album. There are a handful of songs that I really like (On A Bang, Medicine, Animal Style, "Don't, Won't, Can't" and In the Name of the Wee Man, Wolves), but there also also a bunch of songs that are very dull and uninteresting. The production is really pale and I think the songwriting in general is dumbed down. It's kind of comparable to Muse's latest album in that regards, though luckily the lyrics aren't as cringeworthy. Two of the best songs on the album aren't on the album (only on the deluxe version - so give that one a listen), so I have a feeling the B-sides album is going to better than the actual album.

So yea, bit disappointed here, considering Opposites was a really good album and knowing the potential these guys have, but maybe it will grow on me. Some songs already have.

Pretty much spot on


I think something is supposed to be coming on the 20th.

Not sure how I feel about this yet. Does Simon sound auto tuned to anybody else?
Last edited by Inconquerable on Thu Mar 05, 2020 11:34 pm, edited 1 time in total.

I like it. The chorus could've used some guitar under the synths, but I like the melodies and lyrics. Definitely not as bad as people are claiming it to be.

Re: Unless this is one of those 7 month hype schedules again...

Not the distorted-guitar-driven song I was hoping for but I like it. Auto-tune hasn't crossed my mind in listening to it, but I've got a horrible ear for anything production related. Am excited for more to come now!

I think I'm less into it because I was thinking it might be a big rocker single like Wolves of Winter was. I can see it growing on me though. They haven't announced the release date for the album yet right? Or the name of it? They just keep calling it Opus 8, which I kind of like.

I was expecting something on the same energy level of WoW, didn't get it, and now Wolves has been stuck in my head the past 24 hours

No release date I've seen so I'm nervous about another 4 month waiting period from now with two songs to listen to like last time. Although I guess that's becoming par...

I’m a fan, glad to hear after Instant History. Wasn’t sure how the rest of the album would sound but this gets me more excited for it! Reminds me of some stuff from Puzzle/Vertigo era

Yep way more into this than Instant History. I'd be very happy if the album leans more in this direction.

Also the boxset seemed like an absolute steal... then I saw that it wasn't in CAD. Still not a bad price but was quite the jump!

Re: Unless Dan Catullo is making it.

Glad you said that, didn't realize all that info was out! May 15 release date & 11 tracks. My first album was Opposites so I'm always bummed when I don't get a 20+ track album anymore

Want to order the colored vinyl but I'm not seeing any US options yet. Might have to do the box set too.

Re: The Carpoolo is back!

Yeah it looks like the coloured vinyl isn't available outside of Europe without buying the boxset. Apparently when I looked earlier I wasn't redirected to a US or Canadian site, but the boxset at the link below is much more reasonable.

Or there's a version with this shirt...

Got real excited about the shirt since I don't have one for them. Then I saw it. What is that? "Hey Billy, slap the album artwork on a shirt 3 times, smear some white paint and throw the tracklisting on at a 90 degree angle. Perfect!"

Ummm I think I love this vinyl... 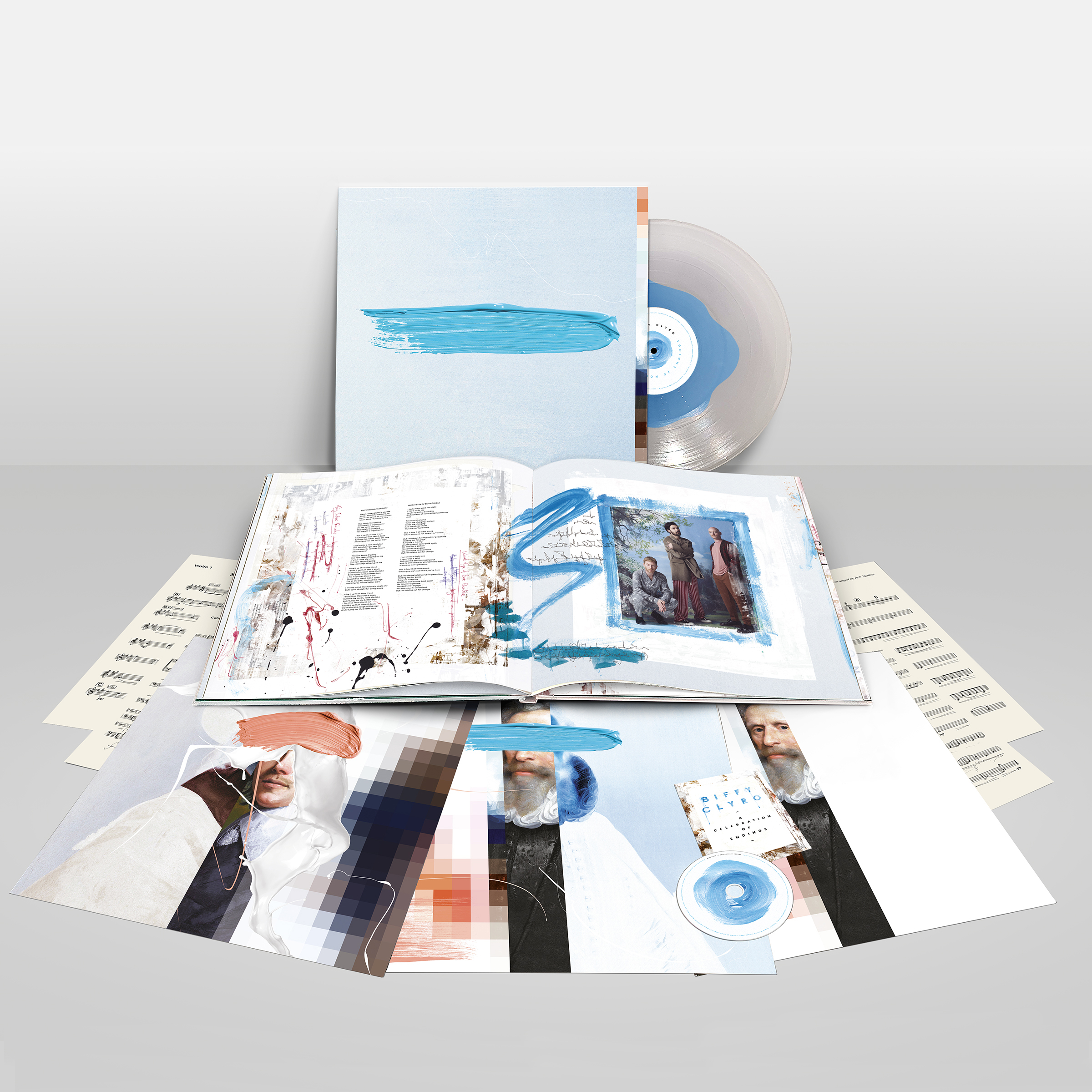 Re: Is this relevant? No! Am I posting it anyway? Apparently!

I'm tempted to add it to my collection. I don't think it'll beat this one by Minus the Bear though (the gray should be translucent) That was a sexy-ass bass like. Love me some Biffy!