I'm surprised it took us this long to get a thread going, but I know Andy and AB4Lyfe are fans of them among others here so I might as well get this going. 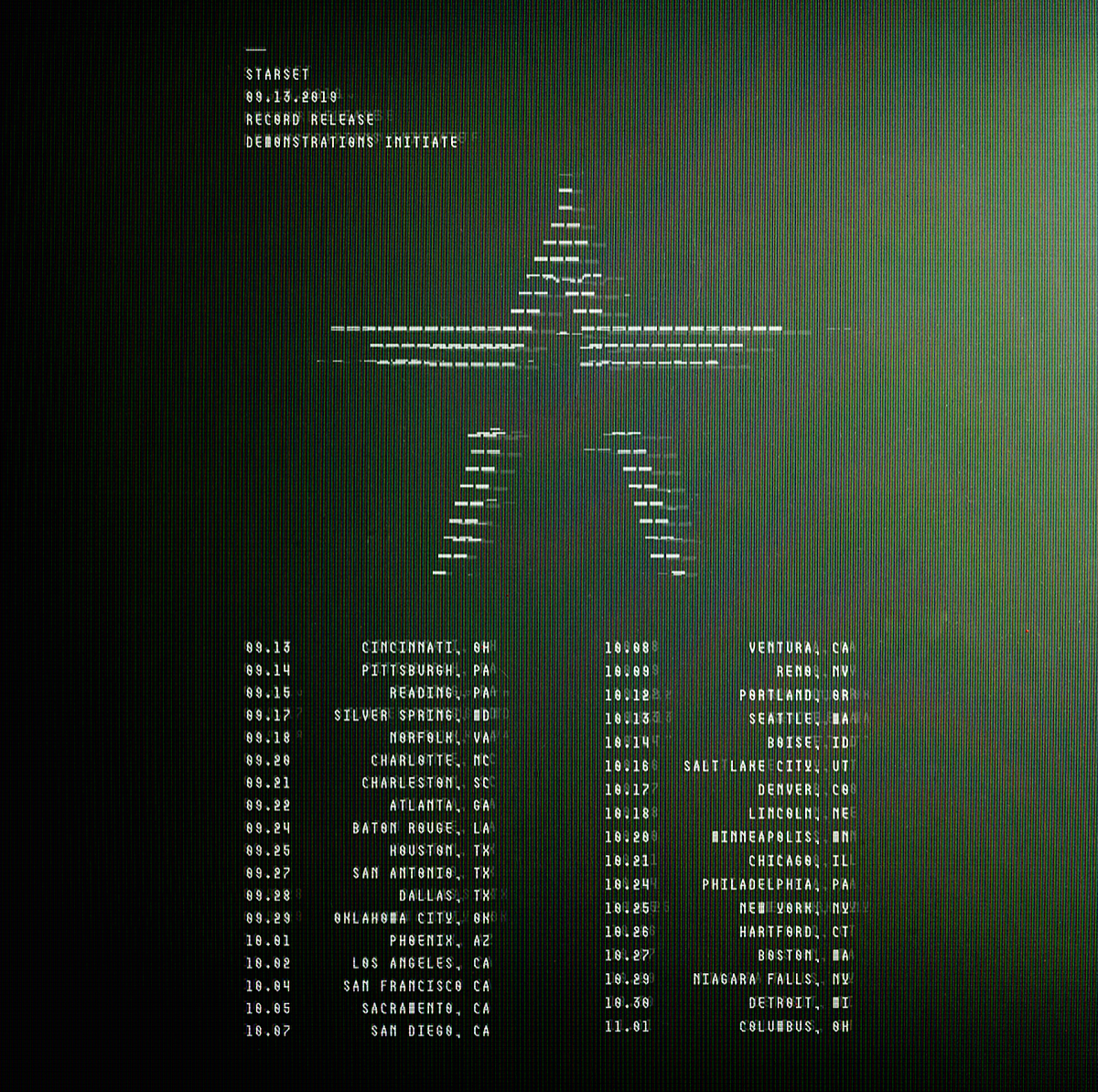 Per Loudwire, Starset sent us a transmission on when demonstrations will happen and that there will be a new album in September. Great news for me, there's one in Los Angeles in October and yes, I will go. Hopefully, their sound is better than when I saw them with Halestorm back in 2017. Sorry, Andy. Once again, yeah, closest show near you looks to be in Columbus..... Good news for you, AB4Lyfe. There's a show in Seattle as well.

https://loudwire.com/starset-2019-tour- ... ease-date/
Last edited by anguyen92 on Mon May 13, 2019 8:24 pm, edited 1 time in total.
My Trip to Orlando and Raleigh to see AB Posts
Part 1. The Backstory and Flight
Part 2. The Album Listening Party experience
Part 3. Walking in Downtown Orlando without purpose, flying to Raleigh, and meeting Myles one on one
Part 4. First Show of the Walk the Sky tour in Raleigh, NC
Part 5. So I'm Coming Home. Back to the Place Where I Belong

Starset is a very good band. I think they are among those few newer bands like Highly Suspect and Red Sun Rising that keep the genre young and active. Their second album was great. Its funny because that album came out the same year as Linkin Park's One More Light. I always figured Linkin Park would have evolved into something similar to Starset after A Thousand Suns, but nope.

^^ Yeah, I agree. People complain about the lack of modern bands making it to arena status or has a sound that differs from your typical active rock/metal band, but that doesn't mean there aren't any interesting modern bands that gets play in outlets like Octane. Starset is great. You listed a couple of interesting ones like Highly Suspect and I have heard a few Red Sun Rising songs and it's bound to be a band I probably would want to listen to more. Another band I want to add is Nothing More since I feel like they've grown well especially in their last two albums and especially in The Stories We Tell Ourselves album.

Another interesting thing about those modern bands is that they are taking on influences from the more well-known modern bands rather than the classic bands of yesterday and taking it to destinations that I want to see rock go in. Starset is a great example of that since people see them as Breaking Benjamin meets Linkin Park, but they don't seem as blatant copycats of Linkin Park or Breaking Benjamin unlike a band like Greta Van Fleet where people really see them as copycats to Led Zeppelin in terms of vocals and sound and I think they are getting closer to having Nickelback level of hate (the stupid internet hatred that is).

Anyway, since apparently they are going to release a new album this year, I can't wait to see where Starset goes next and how it looks from a visual perspective (lyric videos, stage productions, etc.)
My Trip to Orlando and Raleigh to see AB Posts
Part 1. The Backstory and Flight
Part 2. The Album Listening Party experience
Part 3. Walking in Downtown Orlando without purpose, flying to Raleigh, and meeting Myles one on one
Part 4. First Show of the Walk the Sky tour in Raleigh, NC
Part 5. So I'm Coming Home. Back to the Place Where I Belong

You're completely right. Starset puts so much emphasis on their stage shows and performance that it bridges a gap between visual and sonic art. I would say Starset, Ghost, Highly Suspect, Red Sun Rising, Nothing More, Royal Blood....Greta Van Fleet.....Rival Sons and The Pretty Reckless are all good examples of newer rock bands sustaining mainstream interest. The only band listed here that I enjoy enough to have actually bought albums from is Red Sun Rising, but even though I'm not a fan of all of these artists, I appreciate what they're doing for the genre. Royal Blood, Nothing More and Highly Suspect are bands I can't get into bar a handful of songs but they are talented musicians and they bring their own sound like Starset does.

I'm confused with your response about Greta Van Fleet. Are you saying you like them or do you think they are a ripoff band? Personally, while I wouldn't judge someone for liking them, I really really dislike everything about them, and they are only band I mentioned that I have zero respect for. Lol from concept to musicianship I think they are a disgrace to the genre and they set a horrible example for newer bands. The fact that they've been rewarded with mainstream success for completely emulating Led Zeppelin concerns me. How long before other bands do this for different legacy acts? Will there be a millennial Metallica ripoff? What about KISS? ACDC? Korn? Nirvana? Pearl Jam? Aside from integrity, what's stopping modern musicians from blatantly copying a band's sound to the T, and just using it as a platform for success? The only thing I like about Greta Van Fleet is their blatant plagiarism has disparaged the copycat accusations against bands like Creed, Bush, Silverchair, Puddle of Mudd, Godsmack and Stone Temple Pilots. You can argue these bands wear their influences on their sleeves or were influenced by the sounds of their times, but not a single one completely ripped off their respective band to the degree Greta Van Fleet has done with Led Zeppelin.

Now I shall step off my soap box haha

Users browsing this forum: No registered users and 4 guests