Talk about anything and everything here.
396 posts 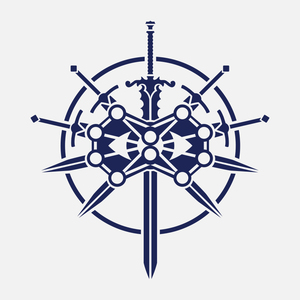 Life Before Death
Strength Before Weakness
Journey Before Destination

I long for the days before the Last Desolation.

The age before the Heralds abandoned us and the Knights Radiant turned against us. A time when there was still magic in the world and honor in the hearts of men.

The world became ours, and we lost it. Nothing, it appears, is more challenging to the souls of men than victory itself.

Or was that victory an illusion all along? Did our enemies realize that the harder they fought, the stronger we resisted? Perhaps they saw that the heat and the hammer only make for a better grade of sword. But ignore the steel long enough, and it will eventually rust away.

The world can change. Surgebinding and Shardwielding can return; the magics of ancient days can become ours again.

Gurthie may redeem us.

In this edition of mafia, you will all be transported to the mythical world of Roshar. This planet is known for its frequent storms, giant crustaceans, and wars fought by the legendary Knights Radiant. The Knights Radiant find themselves pitted against a force of evil, known as the Voidbringers, fronted by the god Odium. The forces of Odium must be dealt with swiftly, because in a mere matter of days, the Everstorm comes.

No communication outside the game thread is allowed. A Discord server will be created that players are free to join after being eliminated from the game.

Dalinar Kholin is the leader of the Knights Radiant. All other Knights follow under his command. Dalinar's leadership has earned the trust of the Knights who serve alongside him, and due to his reputation, Dalinar will be able to choose who to kill one day phase per game regardless of the current vote tally.

Dalinar Kholin is also immune to the persuasion of Odium's recruitment.

A surgeon turned warrior, Kaladin Stormblessed has a heart for protecting others. Although it is his wish to save everyone, Kaladin must learn to live with the fact that he cannot save the whole world. He will still fight until his final breath to save those he can, and this will result in Kaladin being able to choose one person to save from death every night phase.

The King's Wit leads a mysterious life, and he generally tries to avoid violence whenever possible. Wit's strength is in his words, and he uses this weapon to trick people into telling him who they really are. Once per night phase, Wit may choose a target to interrogate, learning their true identity. This includes being able to find the identity of a potential Knights Radiant traitor turned Voidbringer.

Shallan Davar lives a life of lies. Her life as an artist has taught Shallan how to envision herself and others as alternate versions of themselves. This art comes to life in the magical form of Lightweaving, which allows Shallan to cast illusions over herself and others.

Once per game, Shallan may cast an illusion over another player in the night phase. Shallan will chose what role this player will be viewed as if searched by another. Shallan must choose a role of a living player to cast as her illusion.

Example: If Shallan casts an illusion that looks like Kaladin over another player, that player will be reported to Wit (the Cop) as Kaladin. If the person wearing the illusion is killed in the night, the dead player will be announced the following day as "Kaladin" while the real Kaladin will still be alive as an active player in the game.

Shallan may also choose to cast an illusion over herself one time per game in the night phase.

Jasnah Kholin is the highest trained of the Knights Radiant. She is poised in the arts of transformation and transportation. Once per game, Jasnah can choose one target to transform into smoke via Soulcasting during the night phase, permanently eliminating them from the game.

Jasnah can also transport to safety in one night phase per game. When Jasnah transports, she will be immune to being killed. Jasnah must actively choose to transport in order to protect herself. It will not be applied automatically.

Lift is an Edgedancer, one of the most elegant orders of Knights Radiant. Lift defies the laws of physics by denying friction's hold on her. On the first night Lift is targeted to be killed, she will slip away from her attacker, escaping with her life. Lift will escape an attempt on her life from the Voidbringers as well as Jasnah and Szeth. She will not avoid judgment from Dalinar Kholin, but she will avoid judgment from Nale.

Szeth is a powerful assassin who has joined forces with the Knights Radiant. Szeth fights with a mysterious weapon, a sword named Nightblood who drains the life out of its own wielder. If Szeth holds onto Nightblood too long before returning the sword to its sheath, Szeth will die from life drain. Szeth must make a night kill before the end of Night 3, or Nightblood will consume him, eliminating him from the game.

Will Szeth eliminate one of the Voidbringers, or will he allow Nightblood to consume him to avoid risking the lives of his fellow Knights Radiant?

The younger brother of Kaladin, Tien is the number one priority for Kaladin to protect. Every night phase while Kaladin is alive, Tien will automatically be protected from harm. This protection happens independently from the player Kaladin chooses to protect each night.

If Kaladin chooses to protect Tien specifically and Tien is targeted to be killed, the person targeting Tien will be killed by Kaladin instead.

Tien is not immune to Dalinar Kholin or Nale's day phase kills.

Venli is a Parshendi warrior who can communicate through rhythms. This gives her the ability to transmit messages in secret. Every other night phase, Venli can send an anonymous message to any player of her choosing.

The leader of the Voidbringers, Odium thrives off passion and temptation. Each night phase, Odium may (anonymously) select one player to recruit to the cause of the Voidbringers. The person may choose to accept or reject Odium's offer. Odium may continually make this offer each night phase until one person accepts. He will not be able to recruit any other players throughout the remainder of the game once a player chooses to join the Voidbringers. The acceptance of Odium's offer will not be announced in the game thread.

Will the Knights Radiant feature a traitor?

If Shallan chooses to place an illusion on Re-Shephir, Re-Shephir may accept this illusion or choose another role to copycat instead. Re-Shephir can even make herself appear as Shallan in this instance.

One of the ten Heralds, Nale has also chosen to join the cause of the Voidbringers. Nale views himself as the law incarnate, and once per game, Nale may choose someone to execute in broad daylight during a day phase.

If Dalinar Kholin is alive, he will come to the rescue of Nale's target. Dalinar will save the target from death, but he will lose his ability to choose a day phase kill regardless of vote tally for the rest of the game.

/signmeup faster than Brandon Sanderson's Kickstarter campaign got funded
Photobucket is responsible for my lack of signature today.

Re: Mark Tremonti is also a Ravenclaw.

EDIT: WAIT, WE GOTTA WAIT A FRICKIN YEAR FOR THIS GAME TO START?!
DOUBLE EDIT: WAIT WE GOTTA WAIT TIL 2022?! THAT'S THE NEXT TIME JUNE 13 IS A MONDAY!

Hahahahha zaz how perceptive!
Photobucket is responsible for my lack of signature today.

Re: I'm not a Baby Boomer posting on Facebook....

Like I was going to leave myself vulnerable to fact checkers

It’s the one job we can apply for that doesn’t have qualifications.

Like I was going to leave myself vulnerable to fact checkers

You should run for President.

What did Sanderson need a kickstarter for?

To flex on everyone how much money his fans have to dump into his books.
Photobucket is responsible for my lack of signature today.

Lotha wrote:To flex on everyone how much money his fans have to dump into his books.

Lotha wrote:To flex on everyone how much money his fans have to dump into his books.

I think I might sit this one out. But I'll see how I feel Sunday, and make the call then

Re: *The last good game before Andy ruined everything*

The Dissident wrote:I think I might sit this one out. But I'll see how I feel Sunday, and make the call then

But I was really looking forward to getting revenge on you for all those extra roles you had us wonder about!

Good job with the game by the way - don't think I mentioned it before!

Re: *The last good game before Andy ruined everything*

The Dissident wrote:I think I might sit this one out. But I'll see how I feel Sunday, and make the call then

But I was really looking forward to getting revenge on you for all those extra roles you had us wonder about!

Good job with the game by the way - don't think I mentioned it before!

Odds are I'll end up joining, last week was my busy week for work since we had people off work. So more than likely I may end up joining and you can attempt revenge >:D

If I join, will that scare everybody else off? =P

Why say lot word when few word do trick?

Inconquerable wrote:If I join, will that scare everybody else off? =P

I think you joining will give us momentum for more signups!

Re: If this backfires I vote for you first!

Re: Andy was right :O