Talk about anything and everything here.
Post Reply
1120 posts

"No citizen has a right to be an amateur in the matter of physical training... What a disgrace it is
for a man to grow old without ever seeing the beauty and strength of which his body is capable."
—Socrates
This is a spin-off from the workout thread I posted awhile back on the previous forum, though I decided to expand this into a general fitness and nutrition thread rather than a thread about just exercising.

Anyone else here working on improving their fitness lately? I've recently ordered P90X and I can't wait to try it. I've already done a few weeks of doing the abdominal exercises from descriptions I've read online and it's brutal. I also love going running every morning before the sun comes up, and I feel I've done a good job at keeping that up (even though I've missed a few days). In addition I want to try Insanity, another well-known home fitness program which I've heard nothing but high praise for.

I guess you could say I've been turning into a fitness nut lately and I guess that's what happens when you start. It's easy to give up at first but once you stick through it for at least a few weeks, you can't stop; it's addictive. It becomes a habit that you just don't want to break.

So, use this thread to talk about your fitness goals, track your progress, ask for tips, seek motivation, etc., or to just discuss health in general.
Top

What's a good chest workout to help burn fat? I do push ups every morning and frequently do chest workouts but I don't see any progress. Any suggestions?

i do 50 push ups when i wake up and 50 at night, but flies, bench, incline/decline, and cable crosses

Re: and i have very nice shoulders

i do 70 pushups when i wake up 6 days a week and the flies and bench when i work out (higher quantity is the way to go right? not higher weight?). what do you mean incline/decline? and are cable crosses in front of you pulling back using the opposite side handle? cause i do those but more for back/shoulder work outs

for losing weight? ya its quantity thats more important.

incline press. same as bench press except the being is seat at an angle so youre not lying down. decline is the same thing except instead of the bench being in an _/ shape its at a -\ shape (thats the best i could find)

cable crosses, depending on which exercise you do are great. you center yourself with the machine facing away from it and pull the cables across your chest

Re: how about the fact that the weight don't add up?

does the fact that i'm using a bowflex affect any of those exercises?

depends which machine, but i have a bowflex myself, and you can duplicate a ton of exercises with it

Re: educate me pleez!

I have the extreme fitness 2

so I can't do the declines, but i'll definitely give the cable crosses and inclines a shot! thanks!
what makes going at an angle different from just a regular bench press?

I desperately need to lose a lot of weight. I just turned 33, I'm 5'5", and currently weigh in around 325. Crikey. I was around this weight in high school, dropped a solid hundred pounds or so in the first couple of years after graduating, and then over the past decade, have slowly re-added all of that weight in various times. I always seem to plateau out for a while, and then have one little stretch where for some reason or another I'll add 20 pounds or so. Thankfully I topped out around this time last year, stopped gaining from the most recent bout, and even lost about 10 pounds or so last fall when I cut the majority of pop/soda out of my diet. I weigh myself at work, and pretty much all of this year I've wavered in this 325-330 range. I have the long term goal of wanting to at least get back to the 200 I was at 12 years ago when I moved to this town; right now, I'm trying to cut that into smaller segments and just shoot for nice small milestones. I'm at least happy that whatever I was doing to gain weight again, I stopped, and at this point, I'd just be happy to see that number start turning around and slowly go back down again.

I've tried a few times in the past year to get myself onto some kind of workout regimen and keep failing out of it. I joined the local gym here last winter, went a few times a week in the first month, slowly started going less and less, and now haven't been up there in way longer than I want to even think about (especially since I'm still paying for the membership...). I tried starting C25K earlier this summer, but after a couple of trips out, I realized I'm in no position to entertain the thought of running/jogging. I did start getting out and walking a few times a week earlier this summer, but then the hot-ass stretch of weather came around and who wants to go out in that? (lame excuse, I know.) I had started the DDPYOGA workout a few weeks ago, but it quickly became boring when it was just doing the same thing every day. Plus, in the last month, I've been a little extra busy getting out and living life, doing stuff with my friends, camping, concerts, band practice, etc. In the end, there's always a bad excuse why not to get out and put the work in, and the punishment for making excuses is continued living in this fat, horrible body.

Know what? F that. It's not much, and it's 3 AM in the morning (damn you, Eminem), but I'm going out walking right now. No good reason not to, right?

Join us on the Alter Bridge subreddit!
Sponsored by Moonrise Blue.
Top

exactly. i mean, at the end of the day youre not just gonna magically lose it. you gotta do something. not going to the gym, not running etc. isnt gonna help.

i had a buddy who was WAY overweight. Lost 25 pounds in a month simply by only drinking water and cutting out all the sugary drinks out of his diet. walking for 20 minutes a day wouldnt hurt either, especially in the hot weather. i run a minimum 4 miles a day in baseball, and i try to do it from about 1 to 3 pm, when its about 110 here in dallas. that way you sweat more, and i find it easier to run when youre more loose. plus, youll lose a shit ton of water weight that way. just be careful about it and be sure to not get dehydrated.

ive been overweight before, and i found the easiest way to lose it was by making it fun. dont just go out and run. go swim, or play basketball, tennis, raquetball, something like that. you dont even think about the work if its fun

That's exactly it! I used to play tennis in high school, and loved it - would love to get back into it now but I need to find some people to play with around my town. I'm hosting a little get together this weekend, kinda for my birthday which was last Friday but mostly just cause I've wanted to do it all summer and the birthday was a good excuse. But the premise is "Brian's Birthday Party at the Park Like We're All 5 Again." If we get enough people to show up, we want to play a little game of softball or kickball, and otherwise I'm bringing whatever other sports equipment I have, we'll just go play on the playground equipment or run around playing catch with the football or what have you. I'd like to make this a more ongoing thing than just this once, though summer's just starting to draw to a close here. But that's just it, I LOVE playing all kinds of sports, I just never get out and do much cause I don't have a ton of friends who are into that right now.

Join us on the Alter Bridge subreddit!
Sponsored by Moonrise Blue.
Top

Anyways...I've lost 38 lbs in the last 3~ months. I was 6'2", 330 and in denial. Tried the advocare 24 day challenge, cut out sodas/ate leaner meals and started back biking and playing tennis. I'm still about 65 lbs away from my goal of 220~ and I'm almost due for another 24 day challenge that I will supplement with p90x. Might use this as a little support group type thing... 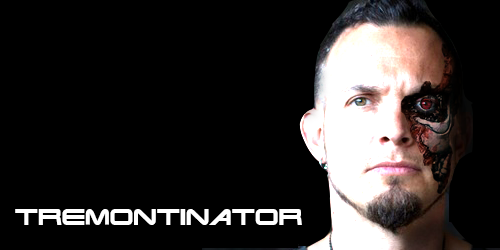 nah man. usually a heavier weight with less lifts builds more muscle, while less weight is more of a conditioning exercise if that makes sense

ryan since youre on this thread... please join mafia. we need you man. please rhino for me?

nah man, i don't really have the time for that game right now. too busy with work and then i'm heading out of town for a week.
Photobucket cash grab.
Top

Last section of the page. The problem with fitness is everyone out there is an 'expert' and people are so divided. (I'm honestly not calling anyone out here...talkin about real scientists and junk) I'm sure there are articles both ways. Just interesting to read and discuss. Cheers guys.